As health and government restrictions have relaxed, the 2020 hockey season will go ahead. As it is a shorter season than usual, members’ fees have been reduced to compensate.

The junior hockey season will run for 10 weeks, from July 18 to September 19/20. The senior men’s and women’s seasons will begin on July 25, and run for 10 to 14 weeks. The finishing date is yet to be determined – possibly October 25.

The adjusted fees include a reduction of 25% for junior teams and 35% for senior teams, plus the normal early payment discount. Depending on the finishing date, further reductions to senior fees may be made. A refund or a credit is available for those who have already paid the pre-COVID-19 fees.  Fees may be paid in installments if desired. Please contact the Treasurer (treasurer@newtownhockeyclub.com.au) to make arrangements for refunds, credits or payment by installments.

Check the details of fees here…..

The club would love to have all of our 2019 members rejoining, and would be very pleased to welcome any new members. Newtown Hockey Club welcomes new members at any time of the year. We don’t care if you have never played before or haven’t played for 25 years. We welcome players from 3 to 70+, beginners or experienced. You can be social or competitive, with teams and programs to suit a variety of people.  New members for 2020 will receive 2 free pairs of socks (value $20).

If finances (or any other factors) present a problem for your participation, contact the Treasurer, Peta Hanley, 0418 143816 or the President, Claire Barnes , 0417 015130 and we will happily discuss alternative arrangements in confidence.

Hockey is a great sport – fun for the whole family and for all levels of skill and experience. Here are some good reasons from Grays Hockey why it’s a great sport for children to play.

If you would like to join us for the 2020 hockey season, Register here.

As part of National Hockey Week back in 2017, Matilda told us that the best part of being in a hockey team was ‘using team work. And it’s fun to play with other people. It makes me feel happy.’ 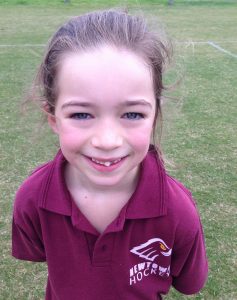 Hockey Is Alive And Well

We want you to tell us what makes you happy about hockey. How keen are you to get back on the field?

Send us a video, and it might be featured by Hockey Victoria as well as on our Facebook page.  Take a video on your phone in landscape position, with yourself on either the left or right of the image. Make sure the background is well lit, and there’s minimal background noise to interfere with your message.

Try answering any of these questions – or add your own reason why you are involved in hockey.

In the normal situation, the 2020 hockey season would just have completed matches for Round 5. Many of us are a little like that child in the back seat on a long road trip, asking are we there yet? And the answer is – very nearly.

It is likely that training will resume in the next week or two, although in a different format, and the possibility of a shortened 2020 hockey season commencing in late July is slightly more realistic. However, there are many factors to consider and actions required before we can get out on the field.

We must abide by the guidelines and restrictions currently in place, set by the Department of Health and Human Services.

The Geelong Hockey Association and Newtown City Hockey Club must prepare a ‘Return to Play’ plan which manages all the risks to participants and ensures the safety of all. The plan must be submitted to the City of Greater Geelong, and when approved, we will be given permission to access the facilities at Stead Park and at Lloyd Reserve.

The ‘Return to Play’ plan will include such things as:

We may also need to consider arranging training at different times and venues in order to meet the needs of all players, and remain within the specified limit of 10 players.

Please let us know if you would like to resume training by completing this survey.

These guidelines also make it possible that Hookin2Hockey programs may resume in coming months.

There are a number of formats under which the 2020 hockey season may operate:

If you have not already done so, please complete this quick 2 minute survey to let us know which of these options you would prefer.

Due to the ongoing situation with the COVID-19 pandemic, the Club committee has decided to cancel hockey training for all junior and senior teams until April 15.

The decision will be reviewed again closer to this date. Unless otherwise advised, training will recommence on:

Check Teamstuff for details of times and venues, and any further changes.

It is likely that the season start will be delayed for at least 2 weeks, with a possible start on May 2. There may be some alterations to game times to create greater distance between the end of one game and the start of the next.

The club requests that members follow the conditions set down in the Geelong Hockey Association statement released on March 17.
Further information is also expected to be released by Hockey Victoria soon.

The Stick2Hockey and Hookin2Hockey programs will continue at Lloyd Reserve as follows: 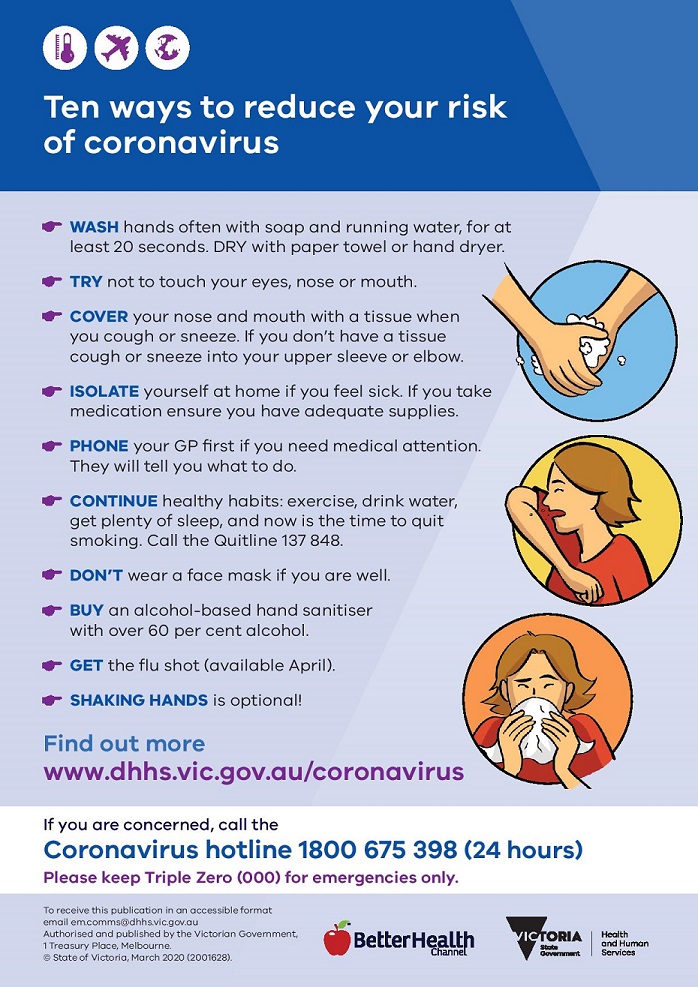 The Preliminary Finals on September 7 showed the improvement in team play and team strategy which has occurred during the 2019 winter hockey season. Two excellent matches featuring teams from Newtown Hockey Club were played and we congratulate the players, coaches and managers on the way they represented the Club.

Last Saturday Spirit played Kardinia White in the preliminary final, a team we had not beaten until the last home and away match of the hockey season on the 24th of August. We went in with some confidence after a 7 nil win against them in that last round match, but as we know, finals can produce unexpected results. So, Spirit ran onto the pitch without any complacency and this was justified in the opening minutes with Kardinia putting us on notice early that a repeat of our previous meeting was unlikely. The ball was hotly contested and possession was shared equally in the opening minutes. An early chance with Harry W running in open space deep into the D didn’t come off. Kardinia tightened up in defense. Harry B found a way in a congested D to break the deadlock and give us a 1 nil lead. Spirit started to gain a greater share of the ball and gave Kardinia little opportunity past their 25 line. We ran the ball well into offense and looked likely to score on numerous occasions. A well-earned short corner saw the two Harry’s combine, Harry W finishing off with a tomahawk to give us our second. Kardinia continued to press us with close, honest tackling that hampered our attempts to open up the play. They pressed harder into offense and forced a short corner with 5 minutes left in the half. Spirit defenders held firm and the score at half time stood at 2 nil.

The second half started tense. The ball spent most of the time between the 25 lines without either team really threatening goals. Great running by Adam across centre pitch helped prevent Kardinia breaking through their 25 line on numerous occasions. It wasn’t until 10 minutes in that Spirit managed a short corner when Harry W ran the ball into the D. A powerful shot by Harry B just missed. Kardinia reacted well, earning a short corner and scored their first with about 12 minutes left. The rising tension was capped when Harry B fired in a great running goal with about 8 minutes to go sending the score to 3 – 1. The remainder of the match saw defensive play by both teams, Spirit defending their lead, Kardinia focused on closing down space that we were creating up forward.

Congratulations to Spirit on making the grand final and to Kardinia White on a hard fought match. Newtown Spirit will face up to Kardinia Blue in the Grand Final, in what is expected to be another fantastic game between the two teams.

In chilly conditions Newtown Spirit tackled a determined Geelong Jaguars in the Preliminary Final on Saturday. There was even play with hard marking by both sides at the start of the game. Spirit players displayed lots of fast paced running and more confidence this time round against our opposition.  Jaguars were provided with 2 short corners but our replacement goalie E.J did some fantastic dives which prevented them from scoring. Both Tom and Jarret were able to apply lots of pressure with great run and passing, and created scoring opportunities. Harley was able to continue his fierce determination and fast running down the wing, but was unlucky to miss his target. Jaguars however did finally score their first goal, ending the first half as 1-nil.

Spirit started the second half with the same level of intensity.  Harri worked tirelessly in both attack and defence, marking up and continued cutting off balls to the winger. With Spirit’s hungry attitude both Bailey and Caleb provided some fantastic defence work, their best so far. Mitchell was able to link up some great passing to allow some scoring opportunities. Angus and Ethan were valiant with their usual hard running, marking, tackling, and always looked to pass. Nick continued his ideal role as winger, always ready to slot a goal, but unfortunately Spirit wasn’t able to replicate its great form from the previous 2 weeks.  Desperate to win, our players took the game on, but we probably needed to be smarter and more cohesive to work the ball forward.  With a tense last 5 minutes both sides were unable to produce further goals.  The end score, nil to 1, is definitely telling it was a tough game but Spirit should be proud to have made it this far to the finals after a rocky season, and to have conceded just the one goal against the league’s highest scoring side.

Thank-you EJ to fill-in as a replacement goalie, and also to Mitchell for doubling up every week. See you at presentation night.