It is with great sadness that we have learnt that Graeme Hawkins, esteemed and greatly respected Life Member of the Newtown City Hockey Club passed away on April 6, 2022 after a period of illness.

Words can’t express how sorry we are to hear of this loss to his family and to all who knew him.

Graeme’s hockey story is an inspiration to many who played with or against him.

In 1977, a group of players from the Deakin University Hockey Club visited primary schools in the Newtown area to invite interested children to join a ‘Come and Try Hockey’ program. Among those attending were Graeme’s daughters, Megan and Caitlin. Graeme’s son, Simon, later joined the club too, making it a family affair.

The interest shown by the 32 participants was the basis for the foundation of the Newtown City Hockey Club, which was officially formed in March, 1977.

Graeme became the second President of the club, serving in this role in 1978, 1979 and 1980. His wise counsel and extensive business experience were an important factor in guiding the development of the club in the early days.

In 1978, which was the second year of the club’s operation, it was decided to enter senior men’s and women’s teams, and the call was put out for players.  At the age of 40 and having been a rugby player with no hockey experience, Graeme answered the call and took the field for the Newtown City Hockey Club.

Graeme continued to play until 2001, amassing 252 games for the club during this time. In addition to playing hockey, Graeme became a qualified umpire and was always happy to help and encourage his children and others in their hockey journey.

Graeme continued to play Masters (Veterans) hockey and was selected in Victorian teams on a number of occasions.

In a recent conversation, Graeme noted that he had played a dozen sports during his life, but hockey was the one he enjoyed the most.  In later life, joint and mobility problems prevented him from continuing to play hockey, although he would have dearly loved to be able to do so.

Contribution to the Club

Graeme contributed significant time, effort and advice to aid the growth and development of the Newtown City Hockey Club over many years, helping to build a strong and sustainable club.

Graeme was made a Life Member of the Newtown City Hockey Club in 1990, and the Best Clubperson Award is named in his honour.

Even though Graeme was not active on the field or on the Club committees in recent years, he remained strongly supportive of the club and its activities, and never hesitated to give assistance however he could.

Contribution to the Geelong Community

Graeme served as a Councillor for the Newtown City Council, and for the Bellarine Shire Council, prior to the 1993 amalgamation of the local councils to form the City of Greater Geelong. At one point, Graeme also stood, unsuccessfully, for the Victorian Parliament but as a candidate was able to suggest actions which would benefit the Geelong community.

As a qualified pharmacist, Graeme operated a business in Geelong until his retirement. During this time, he provided employment for many people. His profession also lead to his interest in various health programs around Geelong, including assisting with the activities of the Barwon Health Foundation.

Graeme was a longstanding member and past President of the Geelong West Rotary Club. He was active in the club operations and programs facilitated by the Rotary Club, exemplifying the Rotary motto of ‘Service above Self’.

Graeme will be greatly missed by his family, his friends, his hockey club and his community. 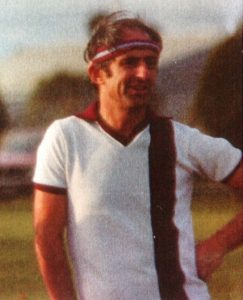 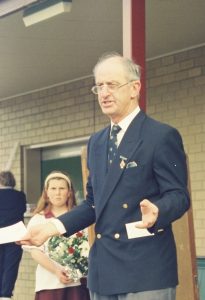