There were only a few local games in Round 3 of the 2022 hockey season as the Junior Country Championships took place in Melbourne, and there were no fixtured games for U12, U14 and U17 teams.

A fantastic effort from U/8 Strikers this week, against another experienced Torquay team. Two goals were scored by Paddy, with Grace providing a strong run in attack and a great pass to aid Paddy’s second goal.

All players continued to improve their defensive efforts, with some great tackling by Blair, Ewan and Vicki. A particularly pleasing run of play in the second half saw Paddy, Grace, Ewan and Dot all get involved in passing, tackling and moving the ball forward.

Newtown Spirit made some great efforts to hold up the Torquay attack, with sticks on the ground resulting in many successful intercepts. Passing efforts were well thought out but the speedy Torquay playing style made it difficult to direct the play to our advantage.

Congratulations to all the players who showed great persistence and endeavour, giving their best effort at all times.  Best Team Player Awards for this week went to the whole team.

Newtown Spirit are developing good ball control skills and the ability to gain possession and control the play. Passing to team mates is improving each week and the effort shown by all players is excellent. Newtown scored a goal in the first half after a goal mouth scramble where everyone wanted to be involved.

Passes to the wings and use of the space down the sideline improved in the second half, allowing Newtown to create some forward moves which looked promising.  Great defence and thoughtful passes by Eva and Evelyn helped to spread the play. Lucas and Jessica worked hard to gain possession and Jake was calling and making some great position to receive the ball from the midfield.

Newtown Strikers are settling in to a good pattern of co-operation and teamwork. Solid defence by Tash and Tracey met the opposition attacks early, and there was some good play to get the ball from Andie, Peta and Kellie from the midfield up to forwards Deb, Georgie and Sarah.  Shan, Serena and Hannah were able to find some space deep in our attack zone and it was Serena who scored our only goal.

Geelong’s speedy style of play did catch us out though, with our marking not always covering sufficiently and Geelong took their opportunities well. Unfortunately, we weren’t able to use the numerical advantage which we had to really threaten the Geelong defence.

Congratulations to the Geelong Hockey Association teams and the 35 Newtown members who participated in the Junior Country Championships as players, coaches or managers. The tournament saw the Association teams finish with a 4th place in the U13 Boys and silver medals in the U13 Girls, U15 girls and U18 Boys competitions. 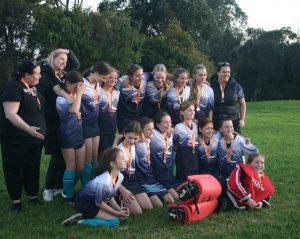 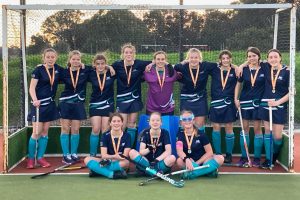 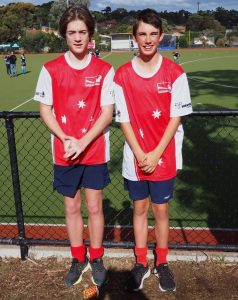 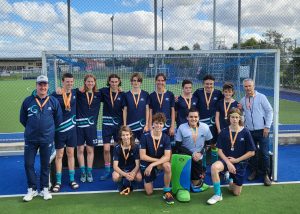